The Asthma & Airway Disease Research Center has revolutionized our scientific understanding of asthma and other respiratory diseases.

Nearly 340 million people globally and 25 million Americans – 7.7% of adults and 8.4% of children – suffer from asthma. And while there’s no cure, five decades of leading-edge research at the University of Arizona Health Sciences has helped advance scientific understanding of this respiratory illness and the therapies developed to address it. 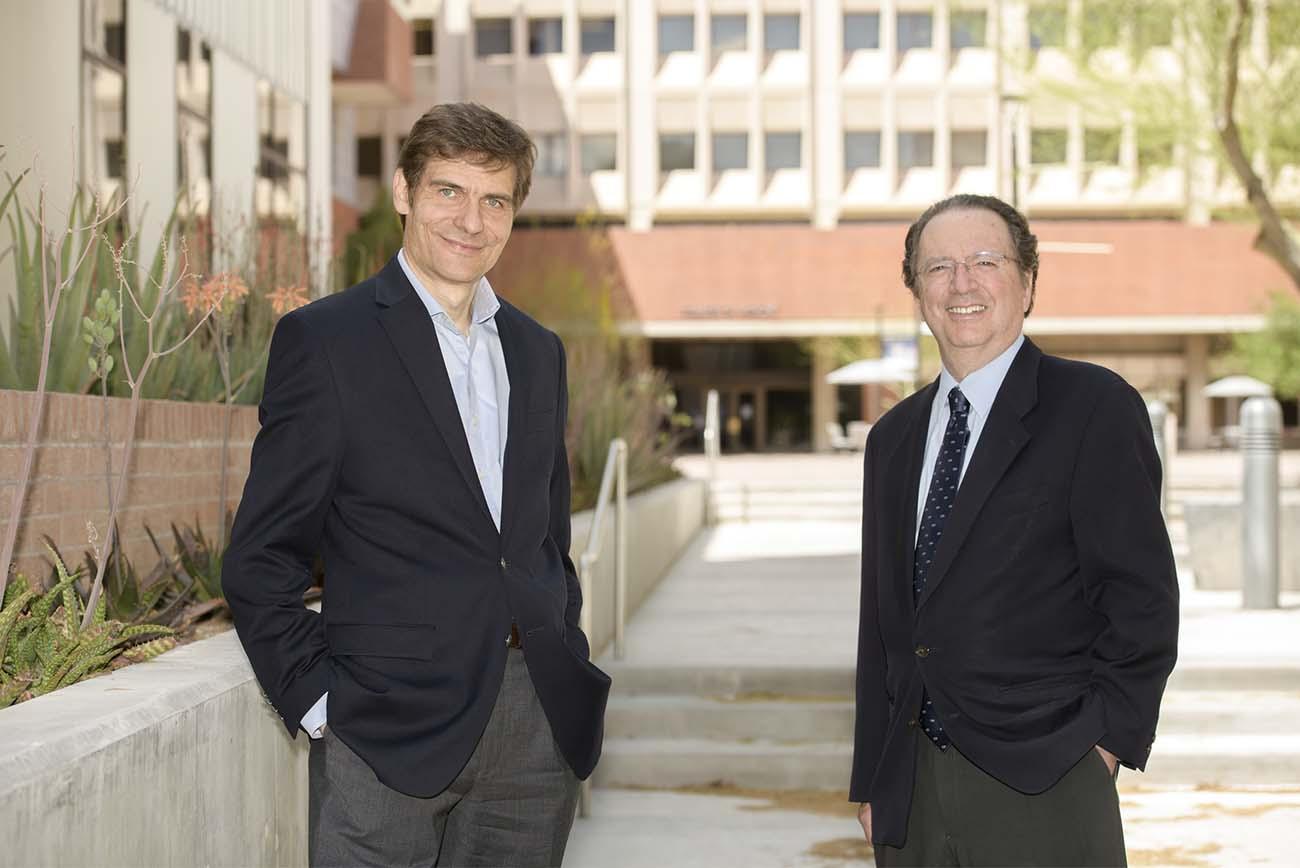 Stefano Guerra, MD, PhD, MPH, and Fernando Martinez, MD, oversee the Tucson Children’s Respiratory Study, which is entering its fifth decade of research into childhood asthma and wheezing.When the Asthma & Airway Disease Research Center broke ground in 1971 as the Arizona Respiratory Sciences Center, its focus was on the “early origins” of respiratory disease. Researchers began investigating the idea that environmental and other exposures as a child – and maybe while still in the womb – affect the lung health trajectory in all adults, particularly for asthma and chronic obstructive pulmonary disease (COPD).

Asthma and COPD became the two main “trunks” on the center’s research tree, according to Regents Professor and Swift-McNear Professor of Pediatrics Fernando Martinez, MD, director of the center since 1996.