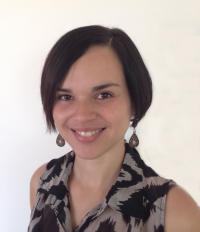 Dr. Craig is interested in understanding how environmental chemicals affect the fertility of women and animals.  Her current work focuses on understanding how phthalates, a group of endocrine-disrupting chemicals, affect ovarian function.  Thus,  work in her laboratory is focused on using animal models to elucidate the mechanisms by which phthalates exert ovarian toxicity, determine whether phthalates cause female infertility, and examine whether the effects of phthalates on female  reproduction can be prevented or reversed.  Using this knowledge she hopes to develop additional models to evaluate other chemicals and environmental factors that could influence both human and animal reproduction.

Because of her expertise in reproductive biology and toxicology, Dr. Craig joined the SWEHSC Southwest Hazardous Environmental Exposure Research Focus Group (RFG-1).  As a new faculty member, she is currently receiving mentoring through the  Career Development Core of the SWEHSC. She has already begun collaborating with SWEHSC members through a pilot project with Dr. Richard Vaillancourt which investigates how phthalates interact with cell signaling pathways in breast cancer cells  and mouse mammary gland.  Dr. Craig has also joined the T32 faculty and will mentor undergraduate students participating in the Environmental Health Sciences Transformative Research Undergraduate Experience (EHS-TRUE).